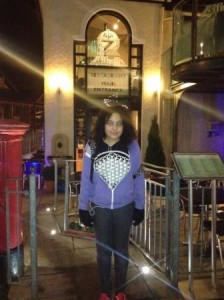 From the Avant-Garde to the lovely ladies from down the street, poetry night at Zeffirellis Jazz Bar is a place open to all people. The vibe is one of calmness and a welcoming atmosphere. People performed poetry using cadence on all subjects, right the way through to elegies for explorers. This was a night full of charisma and emotion.

Mike Barlow was the guest speaker of the night. He is published, and accomplished, and this shone through as he told tales of human body parts ‘The Secret Life of Hands’, right the way through to left wing political poems like ‘Prospect Street’. He charmed the audience with intelligence, and spoke eloquently with use of enjambment and caesura when needed for the poetry. Mike had a way of crafting words together which was just pure brilliance. 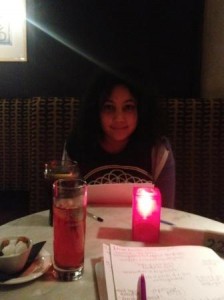 District. He filled the night with beautiful imagery of the lakes and his speaking voice was inviting. Some sentences merged into others in a staccato form.

Veering away from the observational poetry one of the speakers, Jane, [I think] makes an allusion towards John Richardson in her poem ‘Franklin, the evidence’ and talks of Richardson as not even existing. The personal belongings that might be left behind and found by others are evidence of John’s life and death. The night was brought to an end by Mike Barlow delivering a powerful finish to a wonderful night of literature. Zeffirellis is a place of culture, and is a perfect place to speak poetry whether it be your own or a Shakespearian sonnet.  Variety and diversity of literature is welcome, so why don’t you have your own try at poetry?  You could be the next Wordsworth!  So I would recommend to anyone to have a go. Keep an eye out on The Wordsworth Trust website for dates of future events!